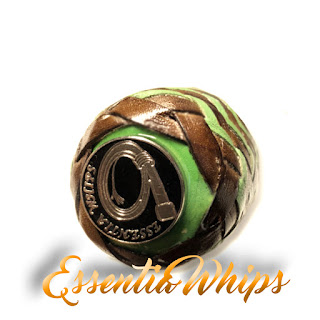 So, here we go again, bolsters, or as it has become known, electrical tape in whips, nylon whips in particular……so a dictionary definition…

to support or reinforce; strengthen

I say I have fell out of bed because I have never seen tape as a bolster, click the video link below and i explain where i use the tape how I apply the tape and why i do it, I’m not trying to hide anything and I never have been. All a bit moot I know as I no longer make nylon whips, but numpties are numpties and need correcting so……

What makes me laugh and I do mean laugh about the whole electrical tape issue is that it was started by a man who is not a whip maker, what does he know then, well just in case you’re unsure I’ll tell you, absolutely nothing. The 2nd thing is whenever it comes up in a forum or group there is always some dimwit comes on right at the end and says any whip with tape in is crap, this usually after 3 or 4 or 5 people have posted that they have a whip with tape in 10 years old and it’s still good or 7 or 5 years old, its easy to win an argument, check you are correct, ie you have a real whip with tape in hand that’s a decade old still a very good whip and just post it really is hard to beat facts, impossible actually, the forum thread usually gets shut by a moderator at this point as they can see it’s going to turn into a flaming war from there on…..

Well if you’re that guy posting and there are many of you, you’re an idiot, you have zero argument and that’s why your getting nasty because you’re losing said argument…..there there there get yourself a tablet and an elastoplast and go sulk somewhere else…. 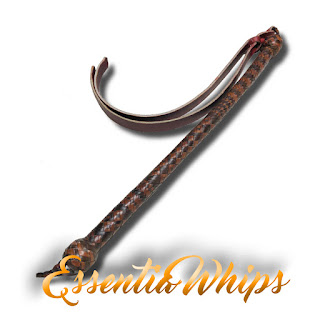 So the next issue regarding bolsters, and funnily enough started by the same man, who I will state again is not a whip maker, I see a pattern emerging here, do you!

You shouldn’t use kip or cow hide or any other leather as bolsters in kangaroo hide whips….The argument is if you sell a whip as a kangaroo hide whip it should be made of kangaroo, this is a much more balanced argument and one I find hard to argue about technically and technically is the word that I emphasise there.

In whip making the bolster is just that, a layer used to bolster or thicken the whip, saves the time and so the cost of further plaited bellies, some makers will tell you that they use a kip bolster so they can cut the bolster in one and in doing so it enhances the flow of the whip, this is absolute poppycock, is it quicker to put it on in one? if you can of course it is, however splicing one in involves just a little more skill set and a little more time and being put on in two, sometimes three parts affects the whip not at all…the other reason of course is the thickness of cow hide versus kangaroo hide and so it is often the Indy style, American makers that use kip or cow hide, an Australian style whip is generally a more slender refined beast than it’s American counterpart.

I can see no wrong in using kip or cow as bolsters and cores, the Indy pattern bullwhip is documented all over the internet and usually on makers sites too so there is nothing fraudulent about it, nobody is trying to hide it, just one guy trying to make an issue of it, I used the word technically above because technically he is right if your whip has more than one type of leather in it then technically it is a mixed leather whip, but hey where do you stop, most bullwhips have a binding between layers, artificial sinew is the most common, they also have a handle, usually spring steel neither of those are kangaroo hide, you get my point? so it is in my opinion pretty moot, unless you have made arrangements with your maker that only kangaroo is used then find out he lied to you then bolster material is really just a technicality, that is just my opinion of course and anyone reading should form their own 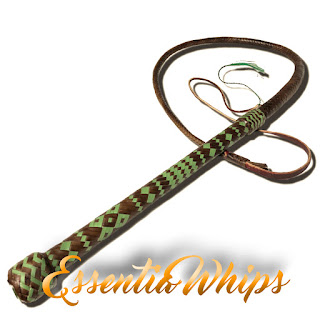 So for me, hey it’s my blog and so there is little reason keeping it if I can’t blow my own trumpet, I don’t use anything but kangaroo in my whips, if its a shot bag style whip then the shot bag is kangaroo as are all the bellies and bolsters, I buy my hide from two main places Packers and Simon Martin, feel free to phone either and they will both tell you that I only buy first grade kangaroo and that’s what goes into my whips from the middle out. I don’t like mixed leather in a whip but I don’t think there is anything that affects the whip’s performance or in any way makes it inferior…thats it, thanks for reading…..
Tony