So this is a question I am often asked, “Are you a member of the A.P.W.A.” the answer in short is no, the answer in long is, no, but I used to be.

So why did I leave? well no juicy gossip of scandal to report I’m afraid, I sort of just drifted away from it, I guess it was a decade plus ago I used to rejoin year in year out, at the time the on line site had just been opened up by that awesome couple that are Chris & Kerri Barr, sadly just after the death of the late and very great Ron Edwards. With Chris & Kerri came a whole new lease of life, a swanky web site as opposed to just a web page, forums, files pages and on and on, it was a great place to be, a great place to talk whips, and no matter where on the scale you were you could always interact and get an answer there from someone either below or above you on the scale. 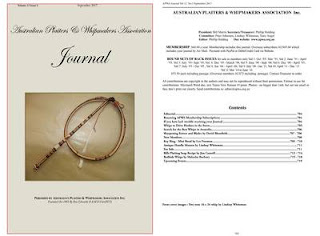 All sounds too good to be true and for a mere £50.00 a year that also included 4 journals that arrived in the old fashioned way, snail mail, along with a membership card. 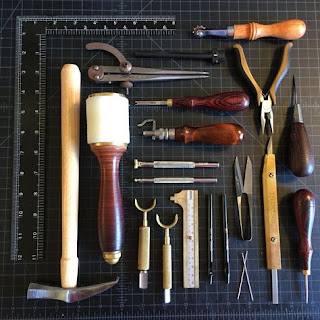 If I’m honest I always felt a little funny about the name and so my membership, The Australian Plaiters and Whip makers Association, well it has to be said I’m not Australian so urrrmmm, well! Also I didn’t really see why anybody could join and they could, just anybody, there was no proof needed  that you were a whip maker, nothing wrong with that as such just my opinion would be I’d of liked it to be a little more exclusive maybe, but in saying that and the name then maybe, possibly, probably it should be even more exclusive and open only to Australian’s and the Americans should have their own as should the Europeans and so on. I think thats my true thoughts, maybe when I semi-retire one day I’ll start a UK and EU Whip Makers Association to fill my time.

You often see the badges displayed on whip makers sites, many years ago and many web sites ago I had it on mine, it unfortunately doesn’t guarantee anything, ie if you see it on a site the site owner may or may not be a member and even if they are a member the A.P.W.A. does not guarantee that any member displaying the badge is a decent whip maker, so that again was part of my decision to leave.I don’t mean to sound negative in any way I think the association is a good thing albeit I think it ought to be a little more exclusive, and if you are new to whip making then I highly recommend you join, the vast amount of knowledge you can get by buying the back copies of the journal are invaluable, I had a tutorial published myself when I was a member, shame the site is back to basics and the forums gone but still a good place to be I think….

Posted in Opinion | Comments Off on A.P.W.A. Is it a good or a bad thing?
Tags: A.P.W.A., Australian Plaiters and WhipMakers Association, Chris Barr, Plaiters association, Ron Edwards